The known increase to 25% will be from April 2023, with Diverted Profit tax increasing to 31%.

50% discount on business rates (up to £110k) for hospitality, retail and leisure businesses.

End duty premium of on sparkling wines and fruit cider. Lower rate of duty on draught beer and cider – a cut of 5% that will bring the price of a pint down by 3p.

He is scrapping the planned rise in fuel duty.

APT reduced. Flights between airports in UK will be subject to a new lower rate of air passenger duty from April 2023

Announces ‘real-terms rise’ in spending for every department

The chancellor says total departmental spending will increase by £150bn – “the largest increase this century”.

He says this will be a “real-terms rise in overall spending for every single department”.

Healthcare spending to increase by £44bn

By the end of this parliament, healthcare spending will increase by £44bn to £177bn.

He adds the extra revenue from the previously announced Health and Social Care Levy will go directly to the NHS.

Local government to be given £4.8bn in funding

Authorities will receive the new grant funding over the next three years, the chancellor says.

£1.8bn will go towards working on brownfield land, meaning one million more homes can be built.

Another £5bn will also be spent on removing unsafe cladding from buildings.

Schools will get “almost £5bn”.

The government will also give schools an extra £2bn for schools catch up.

As he announces a fund for early-years care including new family hubs, He also announces 30,000 new school places will be created.

The chancellor is also announcing his allocation for the justice system.

Some £2.2bn will be spent on the system, including half a billion to reduce the courts backlog. £3.8bn will also go towards building prisons.

Over 50 local roads upgrades” and over £5bn for local roads maintenance – including on the repairing of potholes.

There is also funding for buses, cycling and walking totalling more than £5bn.

Allocations for culture and local communities

Some £560m will be spent on youth services while another £200m will build or transform community football pitches, the chancellor says. More than 100 museums and libraries will be renovated and restored, and there will be a new Beatles attraction on Liverpool waterfront.

Hospitality businesses to get 50% discount in business rates

Retaining business rates but will reform them.

The chancellor announces a 50% discount on business rates (up to £110k) for hospitality, retail and leisure businesses.

Business rates will be fairer with a new 3 year revaluation from 2023.

The chancellor announces a five-step plan to overhaul alcohol duty, which he says is currently “outdated, complex and full of historical anomalies”.

These are…  ·Slashing the number of main duty rates from 15 to six. The stronger the drink, the higher the rate of tax. Mr Sunak says this will “end the era of cheap, high-strength drinks”.  ·New small producer relief. ·End duty premium of on sparkling wines and fruit cider. ·Lower rate of duty on draught beer and cider – a cut of 5% that will bring the price of a pint down by 3p. ·Planned increase of duty on spirits such as Scotch whiskey will be cancelled.

He is scrapping the planned rise in fuel duty.

The cut will see two million families keeping an average of around £1,000 a year, the chancellor says.

For example, he says a single mother of two renting and working full-time on National Living Wage will be better off by around £1,200. 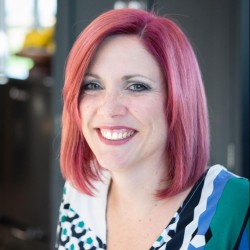